We thought we had won. The brave sheriff of Bravado and its residents summoned all the courage they could muster and drove the crimson cloaked cultists from town. Countless lives were lost. Those of us who survived, reveled in our victory. But with each passing day, it becomes clearer that no victory was won. Those we lost, whether in mind or body, have not, and will never return. What’s worse is that one can still feel, no TASTE the same oppressive cloud of dread and despair still hanging over Bravado. Now rumors return from the outskirts of town that the horrors that occurred there never ended. Scientists, doctors and perhaps worse, are all said to still be at work, twisting, torturing, and manipulating souls to their corrupt objectives… and succeeding. In the church, the church in which no one has been brave enough to set foot since Mamon’s arrival, it is feared that the cultists too were successful. There it is rumored, a portal to another dimension, perhaps to hell itself has opened, and the foul abomination that now resides there is more terrifying than any the cultists could have ever conceived. 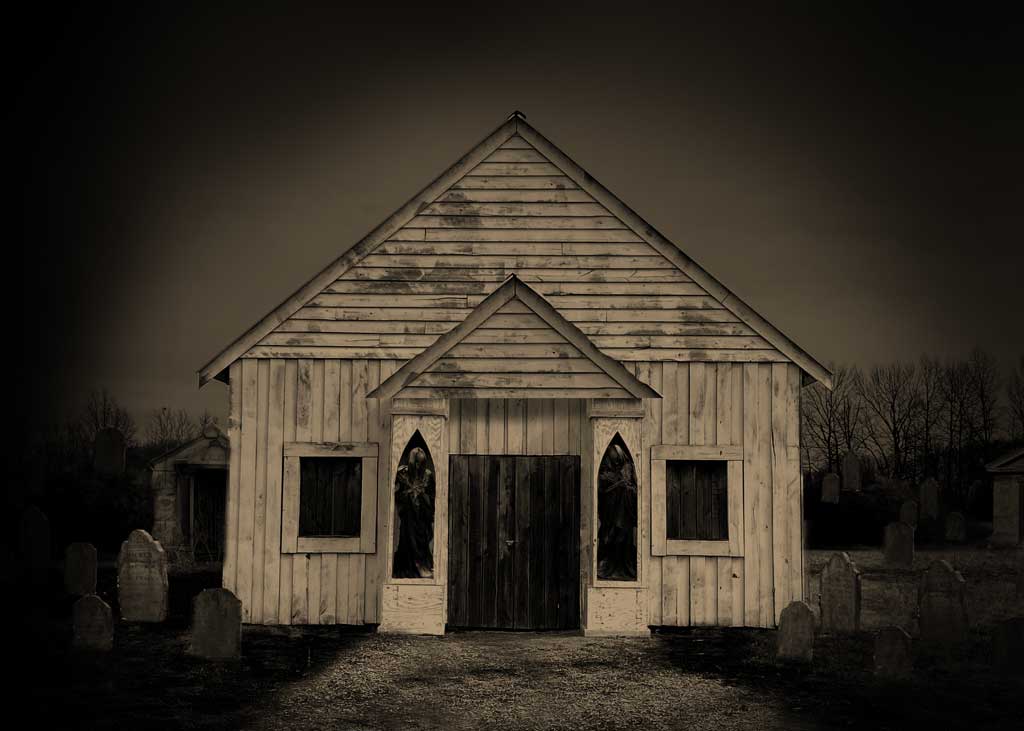 Waiting for your turn at haunts is typically excruciating. At Terror Town, our text messaging system is designed to minimize your time in line. Simply put your name in and we will text you to queue up no more than 30 minutes before your turn. The rest of the time you are free to enjoy everything else the park has to offer. Games, vendors food and drink, music and live acts are all out there for you to experience. While the park opens at 7, the trail does not start until it is dark enough to get scary. That said, it is smart to arrive early and get on the wait list to beat the crowd. Either way, plan your arrival accordingly.

We pride ourselves on detail, realism, and narrative. The cult has been driven from Bravado, but their creations remain. These creatures have no desire but to corrupt your soul and add it to their collection. The trail will run between 25 – 35 min depending on the decisions guests make during the experience.

Guests not wearing a red or gold bracelet can expect an array of emotional experiences. The death and remains of a mother to be, is a somber feeling. The smells coming from characters, the sounds, visuals are all inspire our effort to hit all of your senses.

For those who dare to wear the red or gold bracelet, a physical, raw, and demanding adventure awaits. You may start walking the trail with your friends, but by the end you are likely to be left all alone. Some have been found blood drenched, or tortured in an asylum cell, others have been locked up as a prisoner and even buried alive. These and endless other scenarios, lie ahead for those that wear the red or gold and are not for the faint of heart.

Learn More About the Upgrade

Tips for the trail